In maths, we have been focussing on place value.  Children have been reading and writing 2- and 3- digit numbers, estimating the position of numbers on a number line, representing numbers on various equipment and partitioning numbers into hundreds, tens and units.  We will move on to comparing and ordering numbers next.

In English, pupils will be learning the story ‘The Papaya That Spoke’ and use Talk For Writing to innovate the original story, before inventing one of their own.  Children have started their SPAG lessons in class and we have focussed on demarcating sentences accurately with capital letters and full stops.

Our topic this term is the Polar Regions.  Pupils have started to discuss what they already know on this subject and have written some questions that they wish to find out on this topic.  We have had some quality questions already, such as ‘What is a glacier?’ and ‘How cold are snowflakes?’ Children will learn where the Polar Regions are in the world and locate these on a map next.

In science, pupils have been looking at the role and purpose of a skeleton in a human’s and an animal’s body.  They have identified some animals which have a vertebrae and will move on to classifying animals according to their skeleton type next.

In PSHE, children have completed an ‘All About Me’ profile.

In computing, pupils have used coding software to give precise instructions for a purpose. 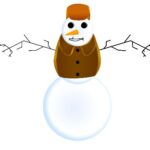